Intramural Athlete of the Week: Oct. 7-13

Wednesday, Oct. 9, 2019: After a loss to Iota Kappa Phi on Oct. 8, the Freshman Women bounced back with a win over Theta Theta Theta, 12-0. McKnight, one of the receivers and running backs for the Freshmen, scored one touchdown and recorded several tackles.

Why did you want to play flag football intramurals?

“I wanted to play flag football intramurals because is high school we played flag football and it was so much fun so I knew it would be even more fun at Oklahoma Christian.”

What is your favorite memory from playing intramurals?

“My favorite memory from intramurals is when we played Iota in softball and I ran down a foul ball from third base, ended up smacking into the camera girl and flipping over her. Then, I was laying on my back staring at the sky.” 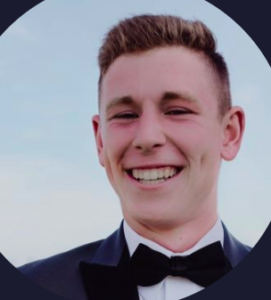 Sunday, Oct. 13, 2019: Coming off a win over Chi Lambda Phi, the reigning A league champions Kappa Sigma Tau recorded another win over Delta Gamma Sigma, 28-20. Down the stretch, Elmore snagged two catches while being closely guarded, gaining notable yards for Kappa to put them in scoring position to win the game. Elmore also grabbed a one-hand catch to put Kappa on the board and give them the lead with a two-point conversion.

What is your favorite memory from playing intramurals?

“Last year, when we were playing in the championship game, Corbin Shaw threw it to the back of the end zone and I went up with someone on me and snagged it. Then, I looked over at the sideline and everyone was going crazy.”

Why do you enjoy playing flag football?

“I never got to play football in high school, so it’s different than anything else I’ve done.”