Intramural Athletes of the Semester: Fall 2019

Christmas break does not just mean a break from classes, it also means a break from intramurals. As the fall season comes to an end, I chose two athletes who stood out to me across each sport and made an impact on their club’s success.

Here are the Intramural Athletes of the Semester:

Intramural Female Athlete of the Semester

Brittany played on the Freshman women’s A teams in softball and flag-football. In softball, she helped lead her team to a third place finish. Then, in flag-football, she helped the Freshman to a championship title over the women of Theta Theta Theta. She played on B team for volleyball. She also won the title for tennis. Additionally, McKnight claimed two championship titles in ping-pong and pool during the fall semester. The Freshman Women currently sit in second place in the All-Sports race, only trailing Gamma Rho by four points.

Q: What is your favorite memory from playing intramurals this semester?

A: “My favorite memory from this semester of intramurals was in volleyball when my coaches would let me try and kick the ball during a game for a Kool-Aid jammer.”

Q: Why do you enjoy playing intramurals?

A: “I enjoy intramurals because it is a chance to meet people and play sports for fun but you still get to be competitive at the same time.”

Q: What was your favorite sport to play and favorite championship to win?

Intramural Male Athlete of the Semester 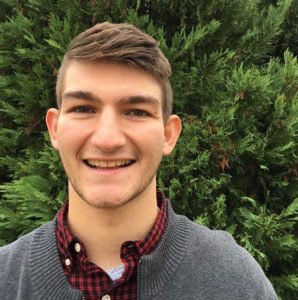 Q: What is your favorite memory from playing intramurals this semester?

A: “My favorite moment this semester was Cayson Lytal’s walk-off, inside the park home run in the softball championship.”

Q: Why do you enjoy playing intramurals?

A: “I like intramurals because I get to play with all of my closest friends.”

Q: What was your favorite sport to play and favorite championship to win?

A: “My favorite sport of the semester was football. My favorite championship to win was volleyball.”