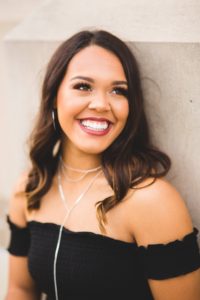 Sunday, Oct. 27, 2019: On Championship Sunday, the Freshmen Women played the women of Theta Theta Theta in the A league title game. At halftime, the game was tied 6-6 and remained tied until the middle of the second half when Stokes broke through and ran into the end zone to score, 12-6, and win the game. Their defense stayed strong and held Theta’s offense down the stretch. Playing quarterback,  Stokes controlled the offense well and ran the ball aggressively to give the freshmen women a championship title.

Q: Why did you enjoy playing flag football?

A: “I love seeing the competitive side come out in me and all of my teammates. Also, the support from the freshman class hyped it up quite a bit.”

Q: What is your favorite memory from playing intramurals?

A: “My favorite memory was running into the end zone to break the 6-6 tie against Theta.”

Sunday, Oct. 27, 2019: After losing last year in the championship game to Kappa Sigma Tau, Chi Lambda Phi reclaimed the title with a 28-0 win Sunday. In the regular season, Chi earned the second seed and Kappa placed first.Bedford plays offensive line for the Scotsmen and protected the quarterback, JP Holsberry, so he could complete some big offensive plays.

Q: Why do you enjoy playing flag football?

A: “Flag football is great because you get all the fun without the bruises, plus the guys I play with are all right I guess.”

Q: What are your favorite memories from the championship game?

A: “When Ethan Williams’ touchdown got called back because of Diego. My roommate Grady McKnight caught more passes than the man he was defending, [and] JP is actually Tom Brady.”

Intramural Athletes of the Week are chosen weekly by the Talon’s sports editor based on performances throughout each week’s intramural games. To nominate an athlete, please email Morgan Boling at m.boling@eagles.oc.edu.