For the 2017-18 athletic seasons, each team boasts leaders meant to serve and represent the team as captains through their attitude, effort and service.

Meet the captains of the teams at Oklahoma Christian University:

Captain of the Women’s Swim Team 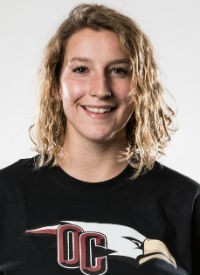 McKinley, a senior from Colorado Springs, CO, is currently pursuing a political science and English degree.

Q: Why did you choose to start collegiate swimming your senior year of college?

A: “I love it. It makes my life better. I don’t know how else to put it. It’s just like a really, really a good thing to have built in with everything else going on.”

Captain of the Men’s Swim Team

Carey, a sophomore transfer from San Antonio, TX, is currently pursuing a degree in business management.

A: “It would be when I was coaching kids. It was just something small. When I first started coaching, a little kid was having trouble with a stroke. Once they got it, their face just lit up that was the best moment for me.”

Captain of the Women’s Basketball Team

Hayes, a senior from Yukon, OK, is pursuing a degree in mechanical engineering.

Q: What is your biggest advice to freshmen athletes?

A: “Work hard. Don’t be discouraged, especially if you don’t get the playing time you think you will freshman year, because you have juniors, seniors and sophomores ahead of you. Just put your head down and work hard, and you’ll get your time.”

Captain of the Men’s Basketball Team

Strickland, a senior from Wichita Falls, TX, plans to graduate with a degree in nursing.

Q: What ignited your love for the game of basketball?

A: “Actually, my first love was soccer, and then I just floated into basketball, when I was in the seventh grade. My brother was a basketball player in high school and is overseas right now, so I just followed in his footsteps.”

Captain of the Women’s Soccer Team

Nixon, a fifth-year senior from Oklahoma City, OK, will graduate in the spring with an accounting and finance degree.

A: “My greatest athletic accomplishment is coming back from ACL surgery to play my senior year. I worked my butt off from the day after I realized it was torn, until the day I got to step on the field again in our first game of the season.”

Captain of the Men’s Soccer Team 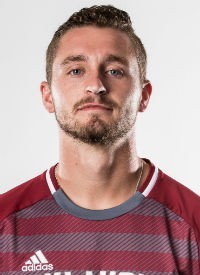 Collier, a junior from Edmond, OK, plans to graduate with a degree in accounting and finance.

Q: Why did you choose to play at Oklahoma Christian?

A: “I had a bunch of childhood friends that came here first and they were actually rivals of mine, which is funny. They talked to me and I got to come on a visit. I liked the school here and just everyone that was around the team. It just felt like it was a good fit.”

Senior on the Women’s Softball Team

The softball team does not have a captain for the 2017-18 season. Nordyke, a senior from Edmond, OK, is pursuing a degree in general business with a minor in education.

Q: Who is your favorite professional athlete?

A: “My favorite softball player is Cat Osterman. She played for Team USA when I was growing up, so I always watched them play. She was a pitcher, which made me like her even more.”

Captain of the Men’s Baseball Team 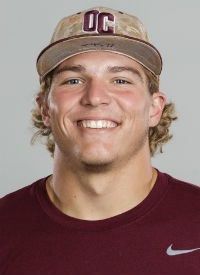 Strobel, a senior from Jefferson City, MO, is obtaining a degree in secondary social studies education.

A: “It is a process. There is a reason patience is a virtue.  Don’t ride the waves. Don’t get too high with the highs or too low with the lows. Things you can’t control are out of your hands and you have two ways you can respond to it, you can let it affect you or you can take it to the chin, move on and become better because of it.”

Senior on the Women’s Golf Team 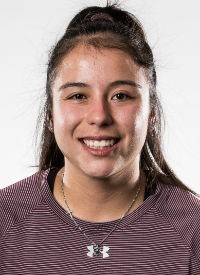 The women’s golf team does not have a captain for the 2017-18 season. Lucero, a senior from Keller, TX, plans to graduate with a public communication and leadership degree.

Q: How do you plan to lead the team this season?

A: “Just being there for them and making sure they are adjusting and being the best they can be and telling the freshman to live in the moment and not in the past because it’s over before you know it.”

Senior on the Men’s Golf Team 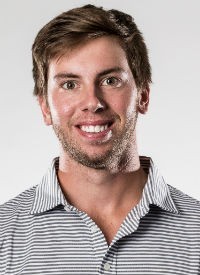 The men’s golf team does not have a captain for the 2017-18 season. Karlovich, a senior from Tulsa, OK, is currently pursuing a degree in marketing management.

Q: How long have you been playing golf?

A: “I started playing when I was about four or five. My dad would take me out to a course in Tulsa and we would just play, and I learned the game from him.”

Captain of the Women’s Cross-Country Team 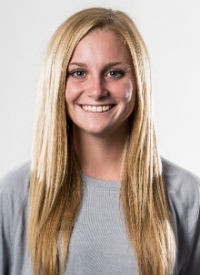 Myers, a junior from Fort Smith, AR, plans to graduate with a nursing degree.

Q: What is your pre-run ritual?

A: “We do a warm-up and I always have to do certain stretches beforehand. It’s weird though, I don’t like to wear my jersey before I run. I have to put it on right before we race, like right before.” 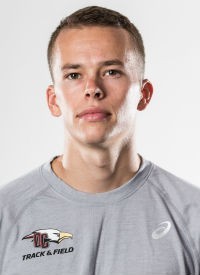 Lobley, a senior from Dalhart, TX, is working to obtain a degree in general business.

Q: What are your future plans for after college?

A: “I plan to continue running recreationally. I’m looking forward to being able to run just for the fun of it. Career-wise, I am getting my pilots license currently and plan on being a spray pilot for a local agriculture aviation company. I also want to actually start a coffee shop in my hometown and use it as a good place for people to hang out, because my hometown high school is kind of rough.”

Captain of the Women’s Track and Field Teams 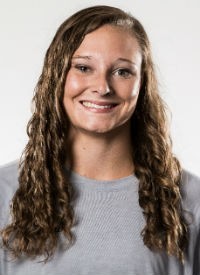 VanVooren, a junior from Arlington, TX, plans to obtain a degree in elementary education.

Q: How do you plan to lead the team this season?

A: “We actually started with a bible study. Rachel Meyers, she’s also a team captain, and I have been hosting a bible study at our apartment once a week. We’re trying to get a better community between the team and a place where we can come and share things that maybe we wouldn’t with other teams — a way to just make us stronger.”

Published in Sports and Sports Feature