The 2010s were the first decade I was fully cognizant of. I was born in 1998, and most of my earliest memories go back to around 2003 or 2004. The 2010s were the decade I started paying attention to movies outside of just whatever my parents showed me or things I saw trailers for on TV. It was the time when I started to understand why I love cinema so much as an art form.

That being said, many of the movies on this list mean a lot to me. I have seen each one at least twice. However, if I were to name all of the movies which had an impact on me over this last decade, I would have to make this a top 100 list, and I do not have the time for that. Without further ado, here are my top 15 movies of the 2010s. 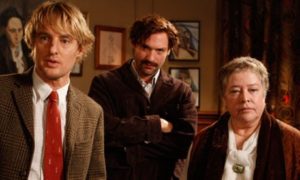 Woody Allen is a creepy guy. Even if the things he was accused of doing never happened, some of the things he has admitted to, mainly marrying his adopted daughter, are enough to rub people the wrong way. That being said, he is still immensely talented in a variety of fields, especially screenwriting and comedy. His best output of this past decade, “Midnight in Paris,” follows an aspiring novelist, on vacation in Paris, who gets transported back to the 1920s at night and spends time with Lost Generation giants like Ernest Hemingway and F. Scott Fitzgerald. It is a funny, creative movie with something interesting to say about the concept of nostalgia and living in the past. 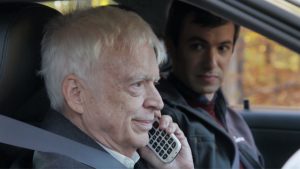 I had some back and forth with myself over whether or not to include this on the list. It is technically the hour and a half series finale to a TV show, “Nathan For You,” and not a traditional movie. However, this is my list, and I get to make the rules. “Finding Frances” follows the bafflingly odd part-time Bill Gates impersonator Bill Heath, who made a memorable appearance earlier in the series, as he and show creator/host Nathan Fielder try and track down Bill’s long lost love. “Finding Frances” contains healthy doses of the kind of awkward humor which made the show the funniest thing on television. At the same time, it has surprisingly hard-hitting themes of life, love and regret. Obviously, since this is a series finale, your enjoyment and appreciation is at least partially contingent on having seen the show.

13. Under the Silver Lake

Few movies this decade, or ever, are as wild, unpredictable and thoroughly entertaining as “Under the Silver Lake.” It has a plot fueled by unraveling vast conspiracies and decoding secret messages surrounding the mysterious disappearance of the protagonist Sam’s new neighbor. It depicts the desperate need to find meaning which many in the early stages of adulthood are likely to have while also mocking the ridiculous pretension which often comes along with that. As long as you go into it with the knowledge that some story elements do not exactly get resolved, you should have a blast with this.

If I was ranking my favorite theater experiences, “It Comes At Night ” would be firmly at number one. Never has a movie made me more paranoid or tense. I vividly remember looking over my shoulder more than once over the course of the movie. I am not sure what I was expecting to see apart from a dark wall and rows of people staring forward, but I felt the need to look. “It Comes At Night ” is not a standard horror movie like the title might suggest or like the marketing campaign did suggest. It takes place in a vaguely defined post-apocalyptic world where one family is forced into an ethical dilemma when another family is in need of help. At the end, you cannot say you would have handled the situation much differently, but it is not a situation you would ever want to be in. Director Trey Edward Shults’ newest film, “Waves,” was almost on the list, a little bit farther up, but I have not had the opportunity to see it a second time yet.

Ari Aster’s second consecutive visceral horror masterpiece, “Midsommar” gets the slightest edge out on his last movie, “Hereditary.” It follows a group of friends as they fly to Sweden to experience a once in a century Midsommar festival. From there, things consistently ramp up, and more of the many secrets of this strange setting are revealed to us. Fans of horror and drama should definitely check it out.

No director during this past decade had a more consistent stream of outstanding movies than Denis Villeneuve.  Any of the six feature-length films he released over the last 10 years—“Incendies,” “Arrival,” “Sicario,” “Prisoners” or “Enemy”—could have easily taken a spot on this list. The one which won out for me, however, was “Blade Runner 2049.” It is easily the most beautiful looking film I have ever seen. The futuristic Los Angeles feels so real, and the advanced technology of this setting is so well thought out. It forces us to consider what it means to be alive, to be human. “Blade Runner 2049”  is required viewing for any fans of sci-fi, mysteries or simply film in general. In my opinion, it is one of the few sequels better than the original. 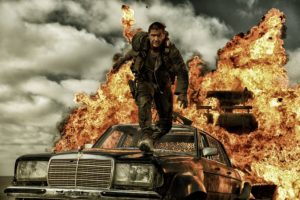 “Mad Max: Fury Road”  is inarguably the best action movie of the decade. The amount of effort which went into the stunts, wide variety of custom-made vehicles, explosions, storyboarding, cinematography, flamethrowing electric guitars and more is baffling to think about. The very fact this movie exists and was pulled off flawlessly in all of its insane ambition is no less than a divine blessing upon this earth as far as I am concerned. If that alone were not enough for some who are not fans of action movies, more than a few scholars have acclaimed “Fury Road” as a patriarchy-smashing masterpiece of feminism. I honestly do not care much about that, but anything which might encourage people to see this masterpiece is worth mentioning.