At the conclusion of the intramural basketball season, Oklahoma Christian tested their talent and skill against the intramural best of local rival Southern Nazarene University on Tuesday, March 10.

Southern Nazarene traveled to The Nest Tuesday night to take on men selected from each club at Oklahoma Christian in the sixth annual All-Star Game.

The team comprised of 15 players; however, nine guys played on Tuesday night. The players were selected by the male athletic directors. The nine players were coached by Oklahoma varsity basketball players Harrison Martin and Connor Johnson.

Johnson and Martin coached the guys well, using size and speed to their advantage.

In the first 20 minutes of action, senior Asa Kingsley used his strength to own the paint, scoring quick put-backs and layups. Kingsley also shot well from behind the arc to give the Eagles a back-and-forth lead over Southern Nazarene.

Southern Nazarene put up a fight in the first half, trading baskets with Oklahoma Christian. The Crimson Storm shot the ball well from the three-point line to get them within one point at halftime, 36-35.

Oklahoma Christian took the break at halftime and reentered the second half on fire. Quick transition points and consistent range shooting gave them a solid lead early into the second. The score was 50-37 at 13 minutes in the second half.

After the game, Oklahoma Christian was presented with the All-Star Game trophy, and Desmond Rolle was chosen as the intramural athlete of the week. He finished with 15 points. 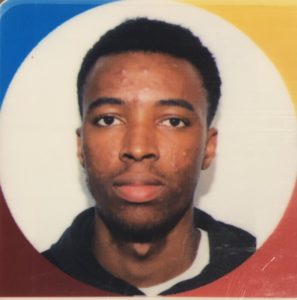 A: I enjoy the amount of energy and passion the clubs have while playing and also supporting.

A: Playing basketball was always something I could do to take my mind off of everything going on around me.

Q: How did it feel to be selected for the All-Star Game?

A: It felt great to be selected as a freshman and play with some of the guys from the other clubs.

Q: How did it feel to win the All-Star Game?

A: Winning the All-Star Game for OC was great, and we were really happy we brought the trophy back.

The bolded names played Tuesday night. The others were selected and honored by the selection, but could not attend the game for various reasons.