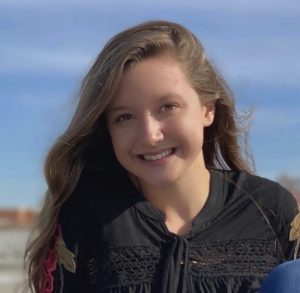 Tuesday, Feb. 25, 2020: The Freshmen dominated the women’s A team in the regular season, winning every game by a margin of 20 or more points. Going into the playoffs, they were the top seed. In the first round, they beat Iota Kappa Phi to advance to the championship against Gamma Rho. The game remained close throughout the first half, but Freshmen flexed their skills and dominated the second half. Leading the way for the Freshmen, Jones, their point guard, played lockdown defense, utilizing her speed to get some quick buckets. She finished with 15 points in the 41-22 win over Gamma.

A: “Basketball was the only sport I played back home, so intramurals gave me the opportunity to try other sports. I love getting to know the other freshman girls through sports and team bonding.”

A: “I love basketball because of the adrenaline I get from a fast break, a clean steal or a nice shot. It makes me want to keep playing the game for hours. A big part of loving the game is the teammates as well. My intramural teammates made the sport so memorable.”

Q: How did it feel to win the championship?

A: “Winning the basketball championship felt so surreal and exciting. I felt very proud to be a part of something so monumental for the freshmen. Gamma Rho is such a great club, and their good sportsmanship and attitudes were what made it such a fun game.” 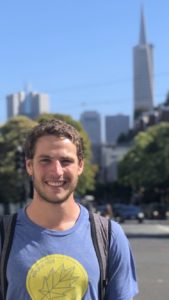 Tuesday, Feb. 25, 2020: Chi closed out the regular season as the number one seed in the men’s A league. Battling the fourth seed Kappa Sigma Tau in the first round, they played a close game but survived to advance to the championship against the reigning champs, Delta Gamma Sigma. In a heated, tight, back-and-forth game, Garner played solid for Chi, making smart decisions and hitting key shots down the stretch. The game came down to the wire. Chi came out victorious and reclaimed the title in a two-point win, 53-51.

Q: What is your favorite memory from playing intramurals with Chi?

A: “My favorite memory from playing intramurals with Chi was when we beat Delta in the basketball championship.”

A: “I enjoy basketball because it gives me an avenue to test myself physically and mentally—and sometimes tests my temper. I enjoy the competition, and I like hearing people smack talk.”

Q: How did it feel to win the championship?

A: “To win the championship was amazing. It has been something I’ve wanted to accomplish for a long time, so there’s a small ‘what do I do now’ feeling inside me. Overall feels really good though.”