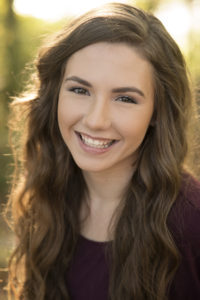 Sunday, Nov. 17, 2019: In the late Sunday night championship game against Freshmen, Nibarger played multiple positions for Gamma, rotating the floor, playing setter and hitter. She recorded multiple scoring hits to put Gamma over the top in the third set and to clinch the volleyball title for the second year in a row.

Q: Why did you enjoy playing volleyball?

A: “I love the intense competition and teamwork that powers every play. There’s really nothing better than getting an ace or setting up your teammates for the perfect kill.”

Q: How did you feel about winning the championship title?

A: “I can’t imagine a better way to complete my senior volleyball intramural season than winning another volleyball championship and going undefeated for a second year in a row.”

Major: Youth Ministry with a minor in Accounting

Tuesday, Nov. 5, 2019: Chi Lambda Phi entered the playoffs in third place. After beating the Freshman, they advanced to play first-seed Delta Gamma Sigma in the championship game. After losing the first set, they won the second to force a third set. In a heated back-and-forth match, Allen connected on some big spikes and blocks to give Chi the victory. Allen played as one of the main hitters for Chi.

A: “The competitiveness and how much interaction there is from getting to be around everyone during the games playing and watching. You make great relationships in this process.”

Q: How did it feel to win the volleyball championship?

A: “It felt amazing from all the ups and downs of the game and how exhausting it was playing such a great team, It was a very fulfilling feeling winning it all in our senior year, with eight of nine players being seniors.”