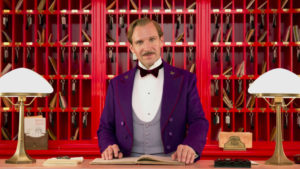 Wes Anderson was probably the most influential director of the last decade. If you saw a quirky, stylized drama/comedy from the last 10 years, there is a good chance it was heavily inspired by Anderson’s work. “The Grand Budapest Hotel” has all the trademarks of Anderson’s work: parallel shots, a distinct color palette, strange characters and witty dialogue. It is the most refined we have seen his signature style yet. 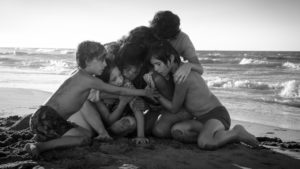 A slice of life piece following an upper middle class family and their maid living in early 1970s Mexico City, Alfonso Cuaron’s semi-autobiographical “Roma” is a deeply human work of art. The beautiful black and white cinematography and skillfully shot, often breathtaking long takes are mesmerizing. It is simultaneously epic and small-scale. If you were to only read the plot synopsis, you would probably think nothing really happens in “Roma.” Actually experiencing the movie will prove that idea wrong. The seemingly mundane events or routines of everyday life hold massive significance.

Taking advantage of stop-motion animation to tell a story which could only work in that medium, Charlie Kaufman’s “Anomalisa” is about a brief moment of intimacy in a life overwhelmed by loneliness and boredom. Arguably the most effective aspect of this movie is something seemingly simple, but I feel hesitant to spoil it. All I will say is the voice work in “Anomalisa” is key to the movie’s central themes. The character animation and the unique look of the faces also plays a part in the film’s subject. “Anomalisa” is fantastic in its substance and its technical construction. Make no mistake, though. “Anomalisa” is not a movie for children by anyone’s standards. 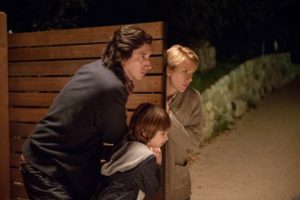 A reverse-engineered love story, “Marriage Story” tells of a couple going through a brutal coast-to-coast divorce. Amazingly, thanks to an amazing script and two powerhouse performances from Scarlett Johanssen and Adam Driver, we never stay on the side of one character for too long. We can see things from both of their perspectives. The emotionally climactic argument scene did become kind of a meme last December, but it really needs to be seen in the context of the film for it to have its intended punch. “Marriage Story” is available for streaming on Netflix, and I cannot recommend it enough. 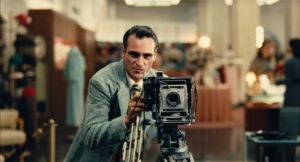 “The Master” takes place in the late 1940s or early 1950s and follows a World War II veteran who has difficulty adjusting himself back to peaceful society. He finds himself in a cult, “The Cause,” which is led by the relentlessly charismatic Lancaster Dodd, based in part on Scientology founder L. Ron Hubbard. From there, these two personalities, played with mesmerizing excellence by Joaquin Phoenix and Philip Seymour Hoffman, respectively, play off each other, their relationship escalating in complexity throughout. “The Master” can be about a wide variety of things depending on what you see in it. It can be about the variety of reasons people join and belong to groups, the need to be subservient to something and many others which I cannot concisely articulate. If you do not feel in the mood to interpret a piece of art, “The Master” works just as well as an entertaining drama. 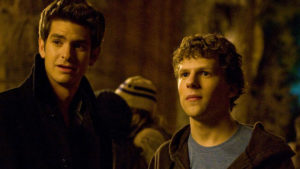 With a script penned by master of dialogue Aaron Sorkin and directed by the famously precise David Fincher, 2010’s “The Social Network” set a mood for the following decade. Though its historical accuracy is highly questionable, this origin story of tech giant Facebook makes for a compelling human drama. The movie largely focuses on the breaking up of a friendship. Having gone through a nasty end to a friendship recently, I can say the climactic confrontation scene is perhaps the most cathartic thing ever put to film. The portrayal of Mark Zuckerberg in “The Social Network,” by a career best Jesse Eisenberg, is much more nuanced than many have made it out to be. He is a jerk, or at least starts the movie as one, but he matures as his once-in-a-century, world-changing idea becomes an uber successful business thanks to his forward thinking decisions. The movie is even more interesting to watch from our modern perspective, knowing the accusations and controversies surrounding Facebook over the last 10 years.

“Her” takes place in a not too distant future and follows professional love letter writer Theodore as he begins a relationship with an artificial intelligence named Samantha. Somebody hearing this premise out of context might think it sounds pathetic and a little creepy, but, in execution, it is profoundly beautiful. It explores how a person can feel loved in a modern world of alienation and shows a thoroughly thought out vision of how a friendship and romantic relationship would play out between a human and an AI. “Her” is a one-of-a-kind sci-fi romance, and more people need to see it. 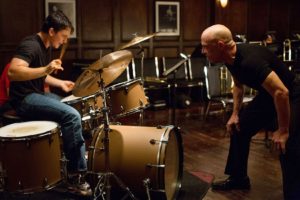 I have seen this movie at least seven or eight times. Each time I am enthralled. “Whiplash” follows drummer Andrew as he gets accepted into his school’s prestigious jazz band, led by a seemingly sadistic band director with the highest of expectations. What follows explores the cost of true excellence. Miles Teller and especially J.K. Simmons give extraordinary performances. In my opinion, band leader Terrence Fletcher has more presence and command of the screen than any other character this decade. The last act of “Whiplash” is simply breathtaking. I have not seen a movie with a better ending. There is a rhythm to it which is almost like visual jazz. I am having trouble keeping this little blurb sufficiently brief so I will just say, see it for the first time if you have not seen it yet and watch it again if you have.