Both the Oklahoma Christian University men's and women's track teams competed in the Central Oklahoma Invitational Jan. 20. after adding the meet to their schedule at the last second.

The Oklahoma Christian University men's track team opened their indoor meet season by traveling to compete in the Arkansas Invitational while the Lady Eagles did the same for the Missouri Southern Invitational. 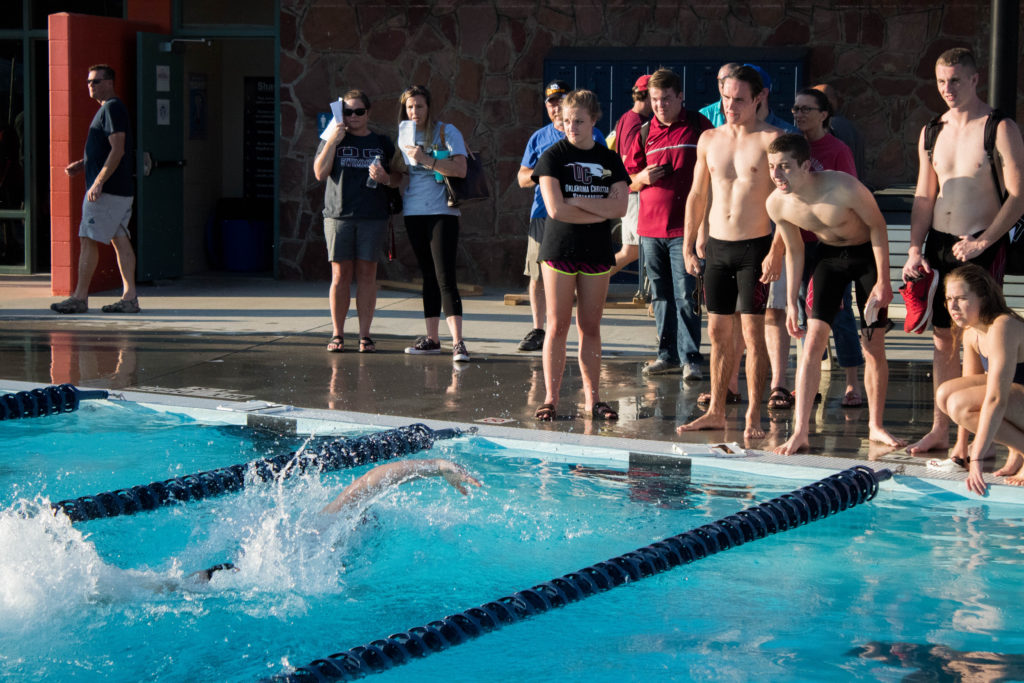 As Christmas break came to a close, the Oklahoma Christian men’s and women’s swimming teams dove back into competition at the Austin College Invitational in…

“I graduate in December and feel equipped for my career because of the real-world experience Eagle PR has given me,” Hughes said. “OC’s PR majors are very lucky to have this opportunity to create high-level work.”

By Shaylin Stephenson on December 1, 2017

“To me, the campus just keeps getting better and better,” Jones said. “OC has a lot of great traditions we do that builds a legacy of carrying on what others have done before us. Last year, Dr. Harold Fletcher passed away. He always came to Cocoa and Carols and Kent Adams followed in his footsteps, and I’m hoping to follow in footsteps before me.”

“At our meetings, we try to bring in local politicians to speak so they can update us on the local news and local races,” Stanglin said. “We announce our meetings on Twitter and in the student announcements, so keep an eye out. They are really fun, and Gary Lindsey always brings really good desserts.”